28 calculations from your DOB for you or 20,000 celebrities

AGE CALCULATOR: How old would you be on mars?


Have you ever thought about finding out Mars age? No, it's not about Bruno Mars's age. BTW, he is 35 years old on earth, but on planet Mars, he would be only 18. Awesome. Right? His date of birth is October 8, 1985. You may be wondering, how did I know this cool information? Well, I guess I'm a better fan of Bruno than you. Haha... Just Kidding! 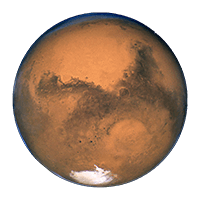 In this calculation, you can see yours or someone else's Mars age. It will be in Martian years based on your age on Earth. The orbital period for Mars is 687 days. It is equal to Mars one year - the time needed for the planet to rotate once around the Sun. If we compare it with Earth year (365 days) we have a ratio of 1.88. For a quick calculation, we can say that a Martian year is half of Earth year. And age on Mars is equal to half of your age on Earth. In age. Ninja, all calculations are based on the exact orbital period of Earth and Mars. Not only does it calculates how old someone is on Mars but also it can find your birthday on Mars. You can celebrate your special birthday with a special Mars bar cake.

Planet Mars is smaller than Earth. Gravity there is only 38% of Earth's. It means, our weight on Mars will be roughly only 1/3 of Earth's weight. It's great. For example, if someone weighs 90kg (200 pounds) on Earth, then that person's weight will be only 30kg(70 pounds) on Mars.

Imagine how strong you will be there. If you're having a problem lifting something heavy on Earth, you can do it on Mars with only using your left hand.

Also, you can jump higher. Like, if you can jump over the 1m barrier (3.3 feet) on Earth, then you will be able to jump over a 3m barrier (10 feet) on Mars. Amazing. Right? Imagine how tall they will have to build a fence there, especially in prisons! These were a few examples, use your imagination to see how everything would be different there.

If you're a nerd like me, you may want to check out this aging research "Human Adaptation of Space" by NASA. It will give you some awesome insights about Parallel Process. Plus, you will find out the effects of being lazy are similar to a great extent as being in space.

This day we are much closer to being able to "walk on the Mars" . Its thanks to "Elon Musk" big dream and hard work and talent of all his employees his company "Space X" . 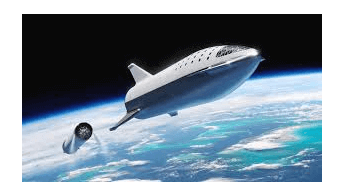 Its very clear that their long term plan is to occupy the Red planet. They are building the biggest space rocket that was ever built and its fully reusable! All the fans of Space X know how amazing the technology is in the new Starship.


Elon Musk will celebrate his 26th Mars birthday on May 22, 2020. He really would like to travel there and be young. Once he said: "I would like to die on Mars, just not on impact".

How can be our life on Mars

Here you can see some interesting facts about our lives. E.g. on Red planet kids will go to school at the age of less than 3 and can be legally on social media from age of 7 martian years.